The day I left I had to abandon everything that I needed to do that day and just leave. Didn’t go to the office. Didn’t take a laptop with me. Didn’t even charge my phone. It died on the way somewhere near Eridge.

At London Bridge I met a men on the train who, over cans of beer, offered me his life story for free. “My name is Jonathan Raganathan,” he told me, “escaped from the slave call centres of Mumbai, come to seek my fortune.” Armed with only a PC and his will he was taking on the world of affiliate marketing. “You can do anything,” he told me, “if you put your mind to it. That is assuming one has a mind to put.” I thanked this brave crusader for his words of encouragement and continued on towards the wilds of Essex, from which few had returned. 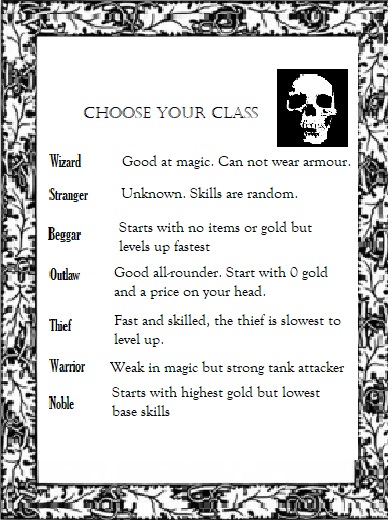 intermission: excerpt from a video game

Let me tell you a story.

What I am about to tell you may sound like fantasy, even if you live in the same world-timeline as I do (sometimes I even struggle to believe in it myself, what with the newspapers and television – my life is a constant battle against the arbitraitors of wrongthink). But every word of it is true.

I am sat by the railway as I write this, having a picnic of stale biscuits and coffee, and looking up at the boxes in the sky in which the government / corporate controllers want us to live. These are expensive places to bring up a child but for the most part the worker drones who live in them do not mind this because for the most part they don’t have any children. For this reason they find these sterile boxes a convivial place to live, though they may wonder why they feel un-fulfilled from time to time, notwithstanding the eocological insult of heating and lighting all these brick and concrete tombs.

There are other world-lines beyond ours, and the government-corp combine even has a way to get to them. I know, because as a result of a research project in which I was signed up to be a test subject I was able to see some things. Some of these things I am forced to speak out about now, knowing that no one will listen, certain that I would quickly be silenced if those in power thought there was any chance the people would listen to me.

If someone wanted to pay me to, I would go and live in one of those concrete boxes and keep my mouth shut.

The government / corporate combine who are our overlords in this world have their own electrical railway which is efficient and thus rarely requires replacement parts or refurbishment, unlike the unreliable petrol cars that they still sell to private citizens and tax extensively though alternatives have been possible for years. Some of the carriages that run on the lines going by above me are over forty years old, like the favourite toy of some superannuated child that never grows out of it.

In the dirty bus park next to the railway the buses grind on pumping out diesel fumes, defeated-looking men behind the wheel charging people over-priced tickets for places they don’t really want to go.

I miss my bus and as I am running for it my trousers give up the ghost and fall down because I could not find my old belt this morning and money is too tight to pay for a new one. Living undercover in this utopian technopolis has its consolations, but today is not one of them….